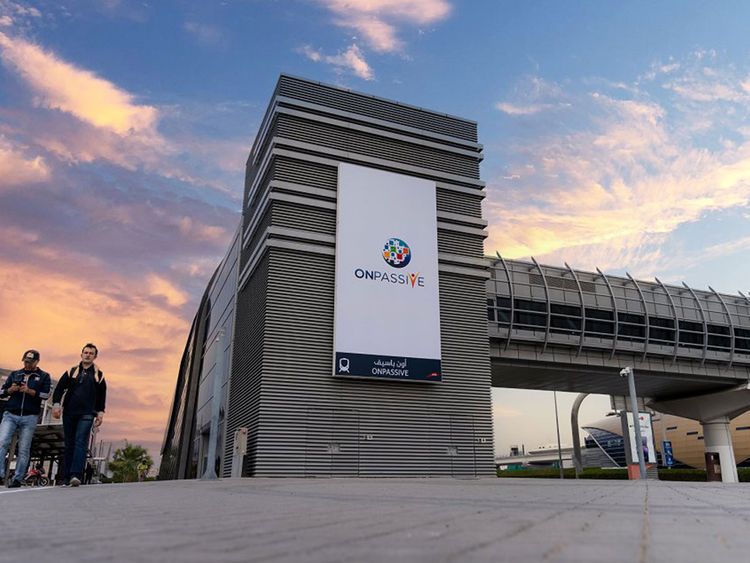 The Roads and Transport Authority (RTA) has granted the naming rights of Al Safa Metro Station to ONPASSIVE, one of the leading AI Technology Companies globally, Dubai Media Office (DMO) has tweeted on Wednesday.

Dubai Metro Naming Rights initiative was first launched by RTA in 2009 “as a model of effective partnership between the public and private sectors. It avails a unique experience to the private sector to launch media campaigns to Dubai visitors and metro riders to familiarise them with various brands”.

The strategic location of metro stations enable brands to reach and engage with their customers.

The strategic location of metro stations enable brands to reach and engage with their customers. The station, which is on the Red Line of the Dubai Metro, is strategically located on Sheikh Zayed Road.

Abdul Mohsen Ibrahim, CEO of Rail Agency, RTA, said: “Through partnering with ONPASSIVE, RTA is keen to showcase the high profile of Dubai as a city that appeals to international investments and matches the aspirations of entrepreneurs seeking to enhance their presence and competitiveness in the emirate. We are thrilled to see one of the global companies taking the naming rights of Al Safa Metro Station in a perfect move poised to raise its brand visibility and presence in the economic map of Dubai and the UAE in general.

“Dubai is shaping into a benchmark in the quality of infrastructure, where RTA is an integral part thereof. Dubai Metro stations are among the key mass transit means that boast strategic locations in the emirate and serve hundreds of thousands of riders every day. These facts are key contributors to attracting foreign capitals, which always seek feasible and sustainable revenues over the long run, which is exactly provided by RTA,” added Kalbat.

Ashraf Mufareh, founder and CEO of ONPASSIVE, commented: “our partnership with Dubai’s Roads and Transport Authority is one of many future steps aimed at spreading the use of artificial intelligence in the service of humanitarian causes, as Dubai is one of the most attractive destinations for multi-nationals from around the globe, with more than 8 million tourists arriving last year. Therefore, we strive to provide our best-in-class services, and we strive for excellence and innovation by providing the best smart services to Dubai Metro passengers and the broad public in the country and the world”.

From January to March 2023, RTA will rename the station on the external as well as the indoor and outdoor directional signage. The new name will also be updated on the smart systems and RTA’s public transport apps along with the onboard audio announcements before and at the time of arriving at the station. RTA calls upon the metro riders to note this change of name of the station. In the meantime, clients can request assistance from RTA’s teams at the stations to give further explanations.