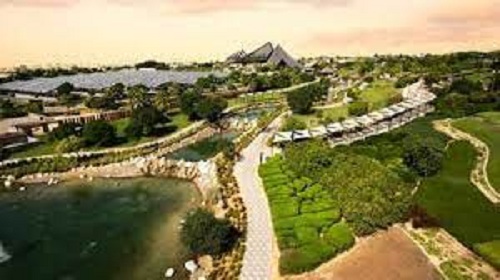 Dubai Safari park starts its new season on September 27 and anticipates a high flow of tourism in the coming months.

Offering visitors the chance to see a wide variety of species and interact with a few, Dubai Safari Park spent the time it was closed to welcome a few more members to the family.

A range of animal species delivered 111 offspring while the park was closed.

Dubai Safari Park has been working with local and international programmes throughout the year to introduce, incubate and exchange new animals.

The park’s animal breeding programme also added new animals before the start of the new season.

Visitors will be able to see new arrivals, such as the squirrel monkey, the mona monkey, the Arabian wolf, and the northern white-cheeked gibbon once the park reopens.

“The park offers an immersive animal safari experience that is among the best in the world,” said Ahmed Al Zarooni from Dubai Municipality.

“Not only can visitors come face to face with diverse animals, including ungulates, carnivores, birds, reptiles, primates and small mammals, including several endangered ones, they also have opportunities to learn about their nature and habitats in detail.”

The 116-hectare park is home to about 3,000 animals, including 78 species of mammals – among them 10 different carnivores and 17 primates – 50 types of reptiles; 111 kinds of birds as well as amphibians and invertebrates.