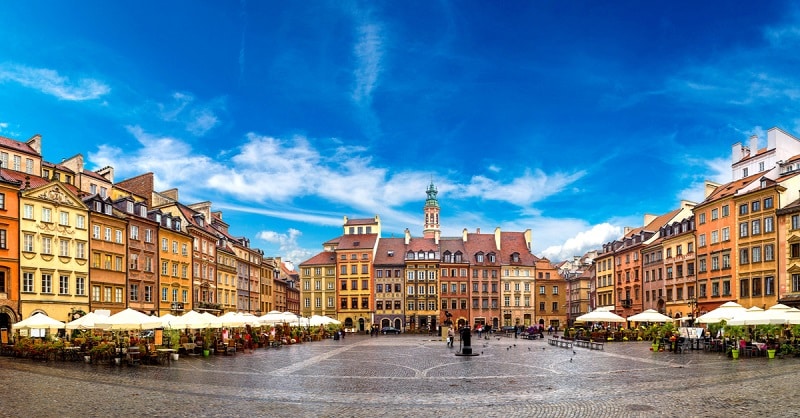 LOT Polish Airlines will offer three flights per week from Dubai to Warsaw from 26th September on Sunday, Monday and Thursday, with the following timings:

The intellectual centre of Poland, Warsaw is home to the monument-lined Royal Route, ‘Trakt Królewski, connecting the Royal Castle in the UNESCO-listed Old Town to the charming Lazienki Park and Wilanów Palace. Stroll through the neoclassical Europe of the 19th century, then explore modern history at the Palace of Culture and Science, a ‘gift’ from Stalin back in the Communist era, and The Museum of the Warsaw Uprising, documenting the city’s 1944 revolt, which helped bring about the end of WWII.

By night, dine at chef Wojciech Modest Amaro’s Atelier Amaro or chef Andrea Camastra’s Senses – both of which have been awarded a Michelin star.

And be sure to catch a rendition of The Waltz by Frédéric Chopin. Poland’s famous composer is ever-present – just press the buttons on musical benches placed around the city or catch a concert at the Nowy Świat music centre.