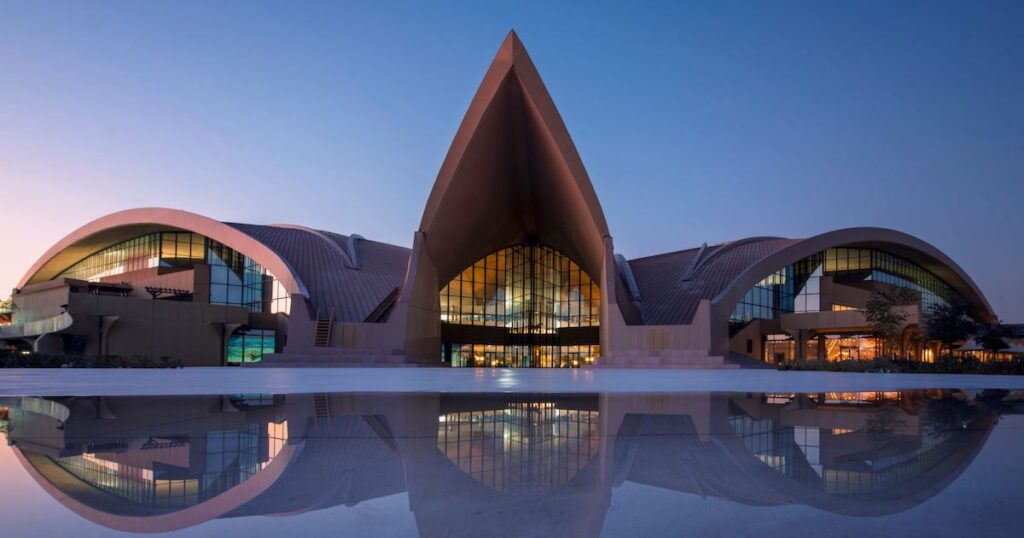 Storytelling has always been a fundamental part of the human experience, it frames how we understand the world around us and allows us to communicate shared ambitions. But it’s perhaps at its most magical — when it’s used in its most authentic form, to entertain and captivate. And those sorts of stories are at their most enthralling when they’re told on stage — live and within sniffing distance of the greasepaint.

To quote another arch choreographer of the trodden boards, Oscar Wilde explains its power better than anyone “I regard the theater as the greatest of all art forms, the most immediate way in which a human being can share with another the sense of what it is to be a human being.”

Wonderful news then, that a new player has wandered into the spotlight of the capital’s already rich cultural scene, Theatre By Erth is a redeveloped space in what used to be the Armed Forces Officers Club & Hotel — and what is now, Erth.

The 631-seater theatre will officially raise its curtains on a packed calendar of shows and spectaculars in October. It’s a collaborative effort between Erth and Outside The Box Events LLC, who run the ‘Theatres By’ concept, the company that fused the dramatic with the aquatic aboard Dubai’s Theatre by QE2. 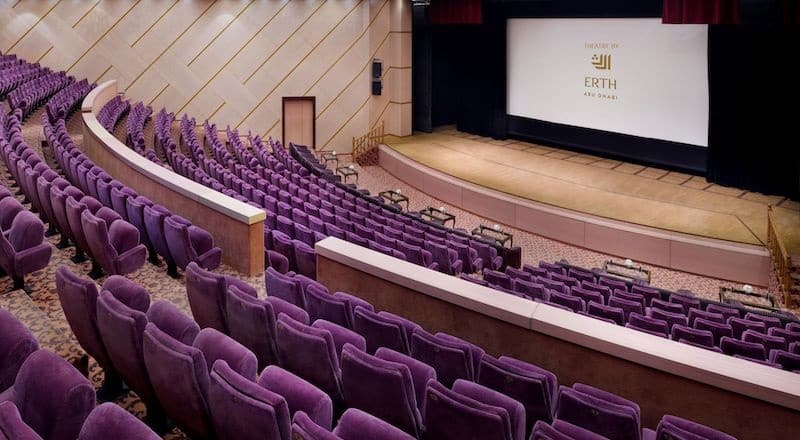 Shaikha Al Kaabi, CEO of Erth (great title by the way) “Theatre by Erth will expand on Erth’s comprehensive leisure and dining facilities, as well as build on the brand’s ‘legacy’ to create meaningful and memorable experiences for visitors and the Abu Dhabi community to engage in”

So what sorts of theatrical and musical delights can we expect at this new home of the arts?

We’ll have to wait for the full schedule, but we’ve been told to expect shows “like Abba Reunion, Alice in Wonderland, MJ History, Meet the Beatles, Magic Phil, Horrible Histories, and of course annual pantomimes”.

And if Theatre By QE2’s glittering history offers further insight on what could be hitting the stage, we could be treated to stand-up comedy tours, abridged Harry Potter nights, The Queen Experience, The Little Mermaid and orchestral-backed movie nights.

Outside The Box Events’ CEO, Robert Duce said: “The demand for quality entertainment has been steadily on the increase, and the diversity of the population, as well as the desire to see world-class entertainment on our doorstep, has only fuelled the need for dynamic and interesting venues where the stage can be modified to suit the variety of shows we are capable of bringing to the UAE.”