Dubai Population to surge by 76% on Lure of Beaches, Greenery 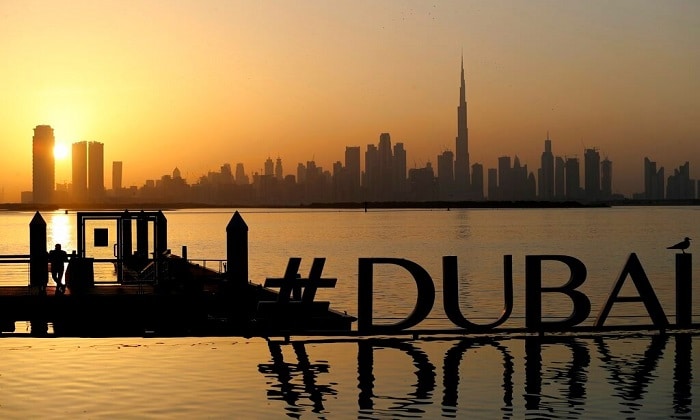 Dubai has predicted that it’s population will surge 76% over the next two decades as it eyes growth amid stiffening competition with neighbors looking for life after oil.

Under the plan published on Saturday, Dubai aims to boost its beach capacity by 400% and more than double hotels and green spaces in the desert metropolis that attracts millions of tourists each year. An expansion of public transport, economic and industrial zones is expected to help drive new residents into the city, known for its man-made islands.

The plan was released as the city reels from the fallout of the pandemic and amid increased competition from the region’s biggest economy, Saudi Arabia, where Crown Prince Mohammed bin Salman is driving a strategy to double the size of the capital Riyadh.

Dubai grew at a breakneck speed since the 1960s as its “build it and they will come” model bore fruit. The city’s rulers succeeded in turning a small desert town into a global metropolis that draws more tourists than India, with man-made islands, luxury hotels and sandy beaches.

But the expansion wasn’t without hiccups. A decline in oil prices has driven down property prices by nearly a third since 2014 and the key travel industry was slammed by the coronavirus pandemic. Amid job losses in sectors ranging from aviation and construction, Dubai’s population dropped by 8.4% last year — the steepest decline in the Gulf region — according to S&P Global Ratings.

Expatriates make up the majority of the population in the United Arab Emirates, of which Dubai is a part. Residency permits in the country are usually tied to employment and many expatriates have to leave if they lose their jobs.

Dubai’s government, however, refutes the reports of a decline in population and says population in fact grew 1.6% in 2020. Policymakers now project population will surge to 5.8 million people in 2040 from about 3.3 million.

Under the plan, the government envisages that more than half of the population will live within 800 meters (0.5 miles) of public transport and 60% of the desert emirate’s land will be protected as a natural reserve. A new urban planning law will be issued to support sustainable development at a time the government is looking to provide better housing for citizens.