Dubai to get Year round Rainfall at the ‘Raining Street’ 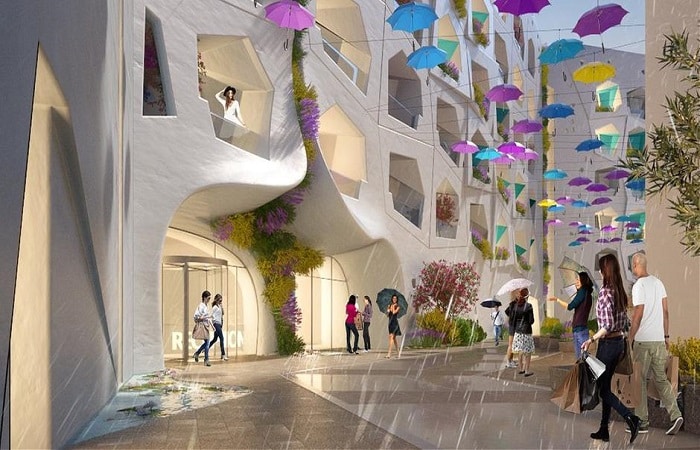 Umbrellas and coats at the ready!

Dubai is well known for its sun, sand and sea that has attracted holidaymakers – and long-term residents – for many years. But now it is hoping to make a splash with the unlikely concept of year-round rainfall.

Kleindienst Group, which is developing The World Islands off the coast of Dubai, announced the start of a 1-kilometre “Raining Street” at its Heart of Europe project.

It says temperatures, which rise above 40°C in the summer across the UAE, will be kept to 27°C, allowing visitors to remain comfortable while outdoors.

The rendering supplied by the company shows visitors carrying umbrellas to stay dry as they gather in the boulevard in scenes more akin to Glasgow than the Middle East.

And Kleindienst Group confirmed that visitors will need to be prepared with an umbrella or – for those who own one – a coat.

A representative said the intensity of the rain will be adjustable with a “downpour, a breeze or moderate rainfall depending on the weather”. In the summer season “you could expect a heavy rainfall”. 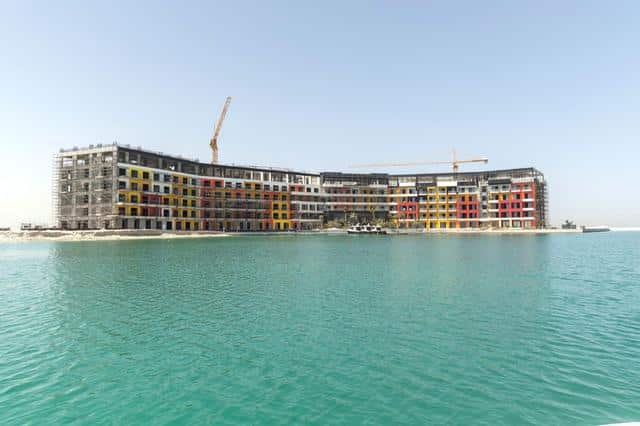 The company said it based the idea on a concept by Camillo Sitte, an Austrian architect, who proposed to build cities where everything was within walking distance.

“With the temperature ranging between 40 to 50 degrees Celsius during summer, people are not going to walk outside. Therefore, we need a technology to create an outdoor climate-controlled area,” said Josef Kleindienst, chairman of Kleindienst Group.

“So, we contacted engineers and consultants from the European institute who visited Dubai in 2008 to understand the climate here and conduct their research.”

“The technology ensures that as soon as the temperature goes above 27 degrees Celsius on the island, cold water in the form of rain will fall from top of the buildings through concealed pipes.”

Tourist sites such as zoos in the UAE use a wet breeze system to keep visitors, and the animals, cool during the summer months. The water droplets are enough to make the outdoor experience more comfortable, but is somewhat short of what would be considered “rainfall”.

The company said the rainy street will be located on Main Europe island, next to the Portofino family hotel, Marbella hotel and the Cote d’Azur resort, a cluster of hotels inspired by the lifestyle in southern Europe.

The Heart of Europe consists of seven islands and is planned to have 15 hotels and resorts in total, plus 4,000 holiday homes and a snow plaza.

Development on The World Islands has repeatedly stalled in the years following its construction in 2003 and handover to developers in 2008.

PrevPreviousTourists to fly into Dubai from July 7
NextDubai Population to surge by 76% on Lure of Beaches, GreeneryNext