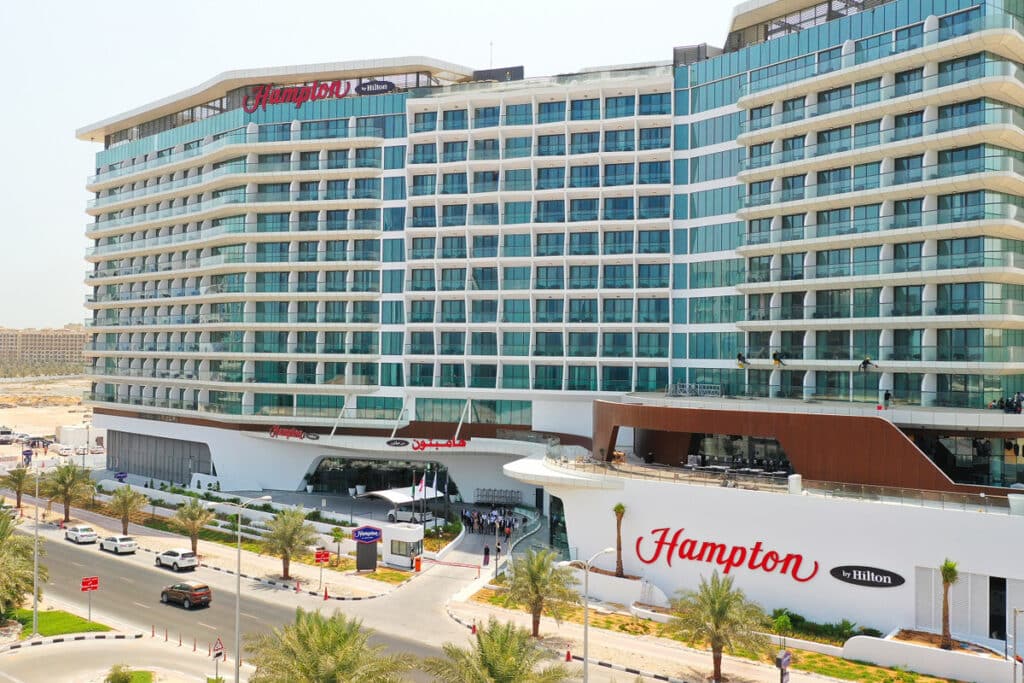 The property, which boasts 515 rooms and has a development value of AED 450 million ($122.5m), is set to further the emirate’s tourism development strategy and hospitality offerings.

“With the new Hampton by Hilton Marjan Island opening its doors to guests, visitors to Ras Al Khaimah have an added hospitality destination to choose, assuring them world-class service and a relaxed beach lifestyle. This will further add to the appeal of Al Marjan Island to visitors, both from within the UAE and abroad, for staycations and longer holidays,” said Abdulla Al Abdooli, CEO of Marjan.

“We will continue to build the hotel infrastructure in Al Marjan Island to support the government’s focus on establishing the credentials of Ras Al Khaimah as the region’s leading tourist and investment destination,” he continued.

Hampton by Hilton Marjan Island is located on a 750-metre beach, with its architecture inspired by the motion of the sea. The hotel has been built using green building materials, highlighting its focus on promoting environmental sustainability.

“We are delighted to open doors to a spectacular new hospitality experience in Al Marjan Island with the new Hampton by Hilton, the world’s largest under the brand,” said Mohamed Hanafy, owner representative at MR Properties, the owner of the hotel.
“We chose Al Marjan Island for its location given the potential the development has and being inspired by its strong performance in welcoming tourists from across the world. The new hotel serves as a benchmark in hospitality infrastructure development and will add long-term value to the economy of Ras Al Khaimah,” he continued.
The hotel has several F&B outlets, an infinity pool, a wellness and fitness centre and an indoor kids and teens’ club.

Marjan plans to develop an additional 2,400 hotel, residential and mixed-use units by 2025 with several already under design, review or in different stages of completion.

Other projects which are set to launch include Mövenpick Resort Al Marjan Island, a AED543m ($147m) hotel project which will feature eight rooms located on the longest suspended bridge in the northern Emirates.