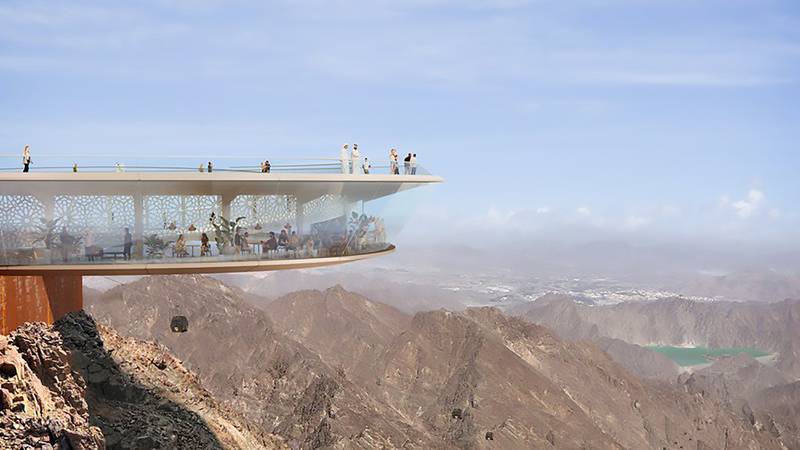 Hatta’s new tourist attractions could turn the region into a global “bucket-list destination”, said one of the area’s leading hoteliers.

Details of plans to transform the enclave into an international tourist hot spot were announced on Saturday by Sheikh Mohammed bin Rashid, Vice President and Ruler of Dubai.

The project includes a sustainable waterfall attraction, an international hotel, a 5.4-kilometre cable car and hiking tracks leading to Jebel Umm Al Nusour, which at 1,300 metres is Dubai’s highest peak.

Other plans, aimed at supporting global tourism, include the creation of 200 holiday homes.

“This is going to be fantastic. We have already seen a considerable increase in tourism to Hatta, thanks to the development that has already taken place over the last few years,” said Deborah Thompson, general manager of JA Hatta Fort Hotel.

“Now we know Hatta is going to get worldwide recognition as a tourist destination.

“Who knows? Once the development is completed, Hatta could become a ‘bucket-list’ destination. Tourists will be booking weeks, if not months in advance.”

The enclave of Hatta is near the border with Oman. It has become increasingly popular among tourists, especially UAE residents.

Ms Thompson said tourists from all over the world had already started to flock to Hatta to take advantage of the numerous activities, and her hotel’s current occupancy was 20 per cent higher than in 2018.

This was despite the global restriction on movement caused by the Covid-19 pandemic.

“We have already seen tourism into the hotel nearly double in the past five years. We forecast to finish 2021 with 80 per cent occupancy, and it could even be higher,” she said. 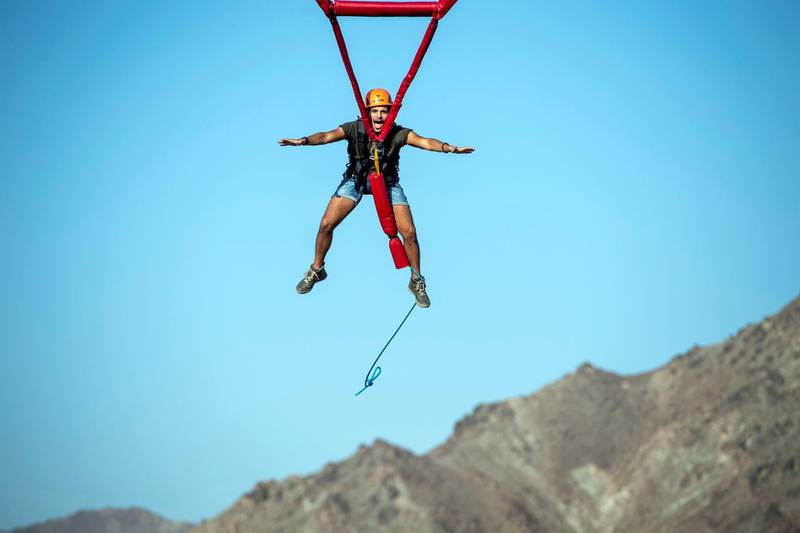 “We are always 100 per cent at weekends, even during the summer months.”

She said more international visitors were expected to arrive than in the past.

“Traditionally, our business comes from residents of the UAE. However, before the pandemic we started to see more international guests travelling only to spend time in Hatta,” she said.

“Many were seeking dventure activities, so coming for the world-class mountain biking, as well as hiking, means we foresee that international travel will again return.”

The owner of a company that specialises in sports and recreation tours of Hatta said the announcement would be good for both businesses and the region’s community.

“It’s 100 per cent going to give Hatta a shot in the arm,” said Rakan Hyari, who owns Unlimited Crazy Adventures.

“There is so much to do here already but this is only going to take it to the next level.”

He said the announcement on Saturday would make the destination more popular with international guests.

“As of now, it’s about 30 per cent international visitors and 70 per cent UAE residents who are coming here,” he said.

“But once all these attractions are open to the public, I can see those numbers starting to reverse.

“It’s already an incredibly popular location but this is going to take it to the next level.”

The new attractions are part of a project that began in 2016, with tourist numbers rocketing from 60,000 then to one million by 2020, Sheikh Mohammed said in a tweet.

He announced initial proposals for Hatta last year, when he launched the World’s Coolest Winter campaign.

“The new projects of the Dubai Electricity Authority will provide 500 jobs for the youth of Hatta, and the new holiday homes will provide an annual income of more than Dh100 million for the people of the region,” Sheikh Mohammed said.

“A decent life for our citizens will remain our goal in all our projects.”

Dubai Electricity and Water Authority commissioned a consortium to build a hydroelectric station in Hatta, worth Dh1.4 billion ($381m), in 2019.

Mohammed bin Rashid Al Maktoum Solar Park will power turbines to pump water from the dam to the upper reservoir.